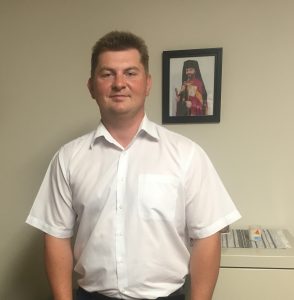 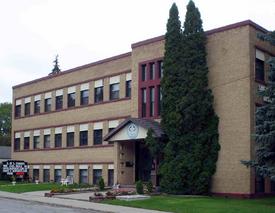 As of May 1, 2017, Sheptytsky Institute has been sold.  We would like to thank all of the past supporters, board members, staff and former residents.

At its Annual General Meeting on December 10, 2012, Archangel Gabriel Eparchial Ministries Inc.(AGEMI), mandated to administer Sheptytsky Institute, was pleased to report a profit of $75,000.00 from its first full year of operations. The success AGEMI has experienced is due in no small part to the guidance of Bishop Bryan Bayda and the dedicated staff of the Institute.

AGEMI has begun to meet some of the challenges confronting it.  It assumed administrative control of Sheptytsky Institute without benefit of any operating funds or capital reserve fund.  Further, it was evident that the aging structure was in great need of maintenance and modernization.  The Board of Directors has either carried out or budgeted for the following projects:

These projects, totaling $89,000, are expected to be completed in the 2012 operational year.  The Board continues to assess needs and plan for future upgrades.

Another challenge facing Sheptytsky Institute is the difficulty of attracting Ukrainian Catholic students as residents.  The Board asked the University of Saskatchewan, through its College of Commerce, to conduct a market research project to study our potential market.  A surprising revelation of the study was that 86% of first year students surveyed had never heard of Sheptytsky Institute.  It is obvious that the methods used to promote the Institute require review.  The Board has begun to discuss ways to developing a professional strategy to address this deficiency.

AGEMI continues to support the various ministries of our Eparchy.  Currently, Sheptytsky Institute houses the Ukrainian Catholic Religious Education Centre, Family Life Office, Communication Office, and Youth Ministry Office.  It will be home of the Stewardship Office once it is established.  Discussions to establish a Chaplin at the Institute are ongoing and we hope to have an announcement (removed words) in March.  If this plan comes to fruition, our Institute may be able to offer Sunday evening Liturgies to students as well as residents of, and visitors to, Saskatoon.

The AGEMI mandate extends beyond the administration of Sheptytsky Institute.  It is also mandated to oversee other Eparchial properties assigned by the Bishop.  To date we have assumed the administrative responsibility for the maintenance of the Willow Grove property in Saskatoon and have submitted a report to the Bishop concerning Eparchial Policy on Staff and Volunteers.  In the future, we hope to sponsor a meeting which will examine all properties of the Eparchy to assess how they are meeting the objectives of the Sobor 2005 Document and can help with the realization of the Vision 2020 initiative forthcoming from our Patriarch and the Synod of Bishops for the Ukrainian Greek Catholic Church.

The SOBOR 2005 Document that the Eparchy had ratified not long ago needed to be addressed. The proposals of the future of the eparchy had to include the use of the Sheptytsky Institute. In the spring of 2010 it became clear that the Metropolitan Sheptytsky Society of Saskatchewan no longer wished to carry out its mandate as it had in the past regarding the administration of Sheptytsky Institute which is a Ukrainian Catholic student residence in Saskatoon.  There was an urgent need for a group to assume administrative control of the residence and as a result Archangel Gabriel Eparchial Ministries Inc. (AGEMI) was incorporated on March 16, 2010.

AGEMI consists of a Board of Directors which is appointed by the Bishop of Saskatoon in accordance with canon law. It is mandated to operate, maintain, manage and promote the facility known as Sheptytsky Institute.  It remains a student residence and continues to be utilized by the Ukrainian Catholic Eparchy of Saskatoon for the Ukrainian Catholic Religious Education Center, the Family Life Office, the  Youth & Campus Ministry Office including a chapel for religious services as well as  other eparchial offices as may operate from time to time.  The AGEMI mandate goes beyond the operation of Sheptytsky Institute, however.  Included in its responsibilities is the establishment of policies and regulations governing the use of other eparchial properties and assets as assigned to it by the Episcopal Corporation of Saskatchewan.

The initial task of the Board was to ensure the operation of Sheptytsky Institute.  This was a considerable challenge as the AGEMI Board found itself without any operating funds, no capital reserves, no staff for the upcoming school year and a questionable number of student registrations.  In addition the Board had to accommodate various summer bookings in a short period of time.  Under the capable leadership of Bill Kalyn, president of the interim Board of Directors, the Board proceeded to hire staff and make the needed arrangements to ensure the operation of the Institute.  Serving on the interim Board of Directors were: Most Rev. Bryan Bayda, Very Rev. Janko Kolosnjaji, Rt. Rev. Vladimir Mudri, Bernadette Popowych, Walter Servetnyk, Karpo Gabruch, Lisa Gruza, Conrad Pura, and Bill Kayln.  The Board hired Mr. Lyle Hassen as administrator.  Through their dedication and hard work the ground work for the success was laid.  In December 2010, the term of the Board expired and a new Board was nominated and appointed.  The current Board of AGEMI (2010-2011) is comprised of the following:

As the Board nears its first full year of operation it is pleased with the progress it has made.  Much needs to be done as the building has not seen any improvements and modernization in quite some time. The replacement of a boiler and roof repair have been undertaken.  In keeping with the spirit of the Sobor 2005 document, the Board has undertaken a market research project together with the University of Saskatchewan to explore the possibility of increasing the Ukrainian Catholic component of the residence in order to strengthen its youth ministry function. Presently, AGEMI does not have a charitable number and to ensure income tax receipts are issued to our donors, contributions can be made to Sheptytsky Institute through the Eparchy.  We are in the process of making an application in order to obtain charitable status.  In addition to operating the student residence, AGEMI has also assumed other tasks that have been assigned to it by the Eparchy.  The Board is presently working on writing an employee and volunteer policy for the Eparchy and has assumed responsibility for looking after the property located on Thode Ave. in Saskatoon.

The Board of Directors of AGEMI is committed to serving the faithful of our Eparchy.  We see the operation of a Ukrainian Catholic residence as an opportunity for our Church to be present to young adults on campus. It is important to build community and form future leaders for our Church.  In addition, by housing eparchial offices and having the student operation support this function, we could reduce the administrative costs for the Eparchy and this would have a positive impact on all parishes in our Eparchy. We therefore ask for your prayerful support as we continue our efforts to better serve the faithful of our Eparchy.

The last Annual General Meeting of AGEMI was held on December 11, 2010. Financial statement for the year ending Aug 31 are available upon request from the Eparchial Administration Office. 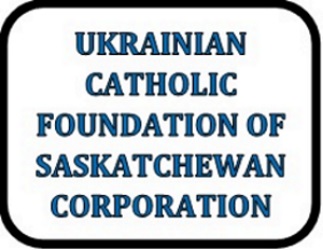