UGCC: The wounds of Ukrainian society, elections, reforms, war, ecumenism: the Head of the UGCC held a round table discussion on contemporary Ukraine in Rome

UGCC: The wounds of Ukrainian society, elections, reforms, war, ecumenism: the Head of the UGCC held a round table discussion on contemporary Ukraine in Rome 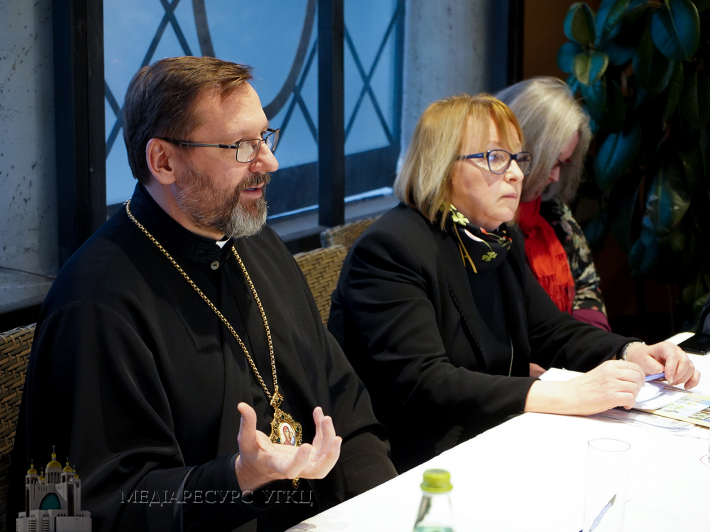 At the meeting with the Head of the UGCC came representatives of various dicasteries of the Vatican Curia, the diplomatic corps accredited to the Apostolic Capital, academic circles of the Papal Universities in Rome and leading Vaticanists of various editions.

In his analysis of the current situation in Ukraine, Patriarch Sviatoslav invited the participants of the round table to “look at Ukraine not as a problem, but as a solution to many problems, including those of international significance.” The Head of the UGCC first of all emphasized that “the Ukrainian people are deeply wounded”. He believes there are a lot of such wounds on the body of the Ukrainian nation. “First of all, it is the wounds of communism. We are a country that is experiencing a period of transition from post-Soviet society to genuine democracy,” said the Head of the UGCC. In this context, he pointed to the problem of corruption generated by the oligarchic system, “it is against this corruption that the well-known Revolution of Dignity took place in Ukraine.”

His Beatitude Sviatoslav drew the attention of those present to the fact that in search of moral benchmarks for the Ukrainian society, the most trustworthy institution is the Church itself. In the message “Our Holy Sofia,” the UGCC offers a model where the Church is an example for building a society, and its social doctrine is the basis of human relations.